Get a better understanding of SCARS.

At our last seminar we had several high ranking Martial artists, Bareknuckle fighter as well as an BJJ instructor discussing how different SCARS is and it’s effectiveness in a “real world” survival action.  How the SCARS offensive mindset combined with the physical side makes you even more effective, than previous training.  In fact, a couple of these men mentioned that they could not go back to the old way of training because it’s impossible to train in a defensive manner and then switch back to a proactive mode (like needed in a real combat or mugging/attack style situation) of SCARS.  They all said, it's no doubt SCARS will make you a better fighter, but once that happens, it's the reality of how you train and what you are training for. 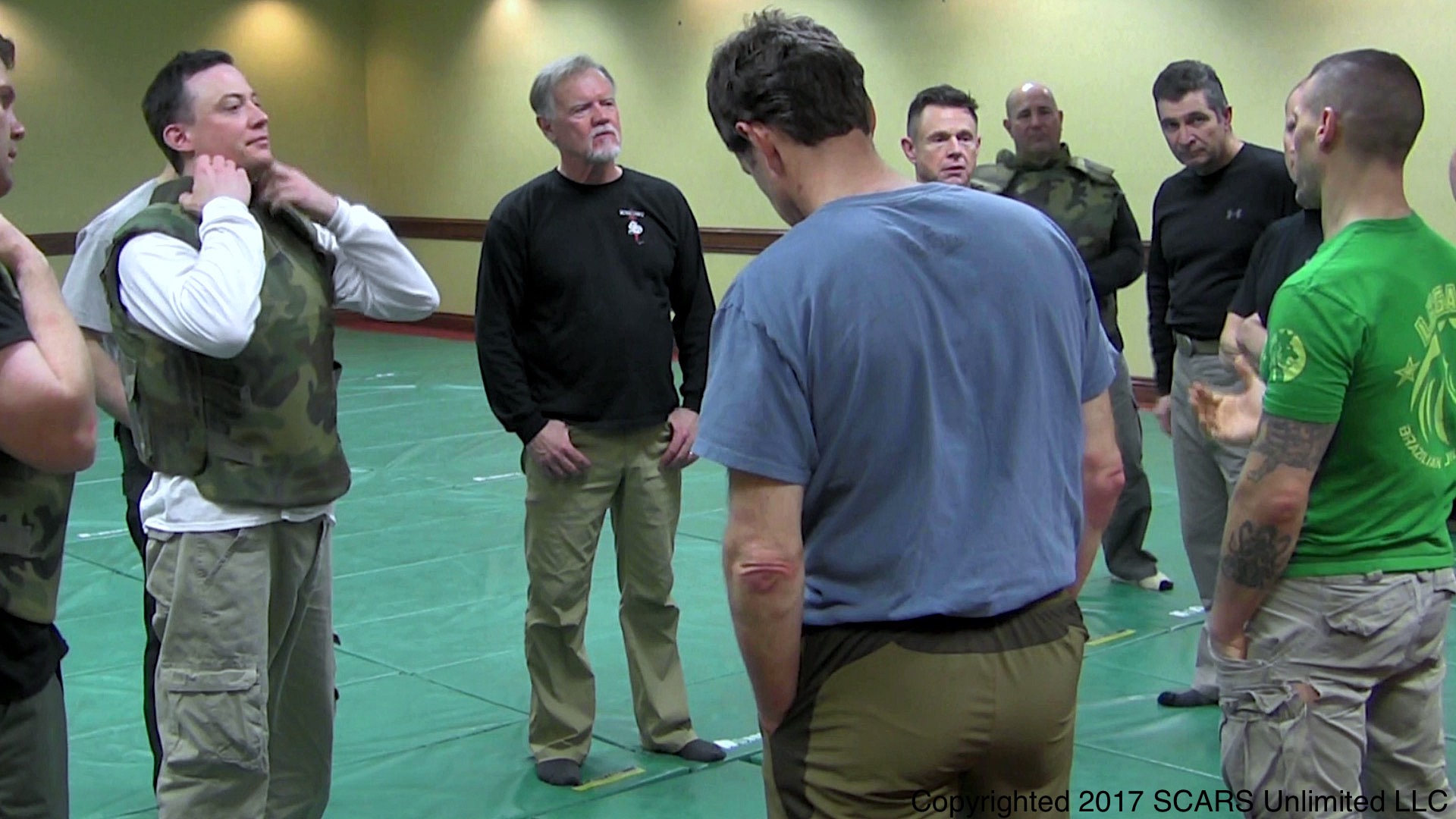 A lot of outsiders get confused because they feel we are attacking “martial arts” and other self defense systems, this is however not the case.  In fact, our goal is to show you the science of how what you may already know works, and then build off what works and expand your knowledge base 10 fold.  Another huge goal is to teach you our fear elimination process.

Most of the men who attend our seminars have spent years learning different systems, taking the good and throwing out the bad.  That’s what mixed martial arts is and that was the best way to learn many years ago.  The only thing wrong with that is not that you don’t learn great skills or that you are not effective, it’s that in those processes, how do you learn to beat someone on the street that may know exactly what you know?  Or what if they know another martial art on top of everything you know? 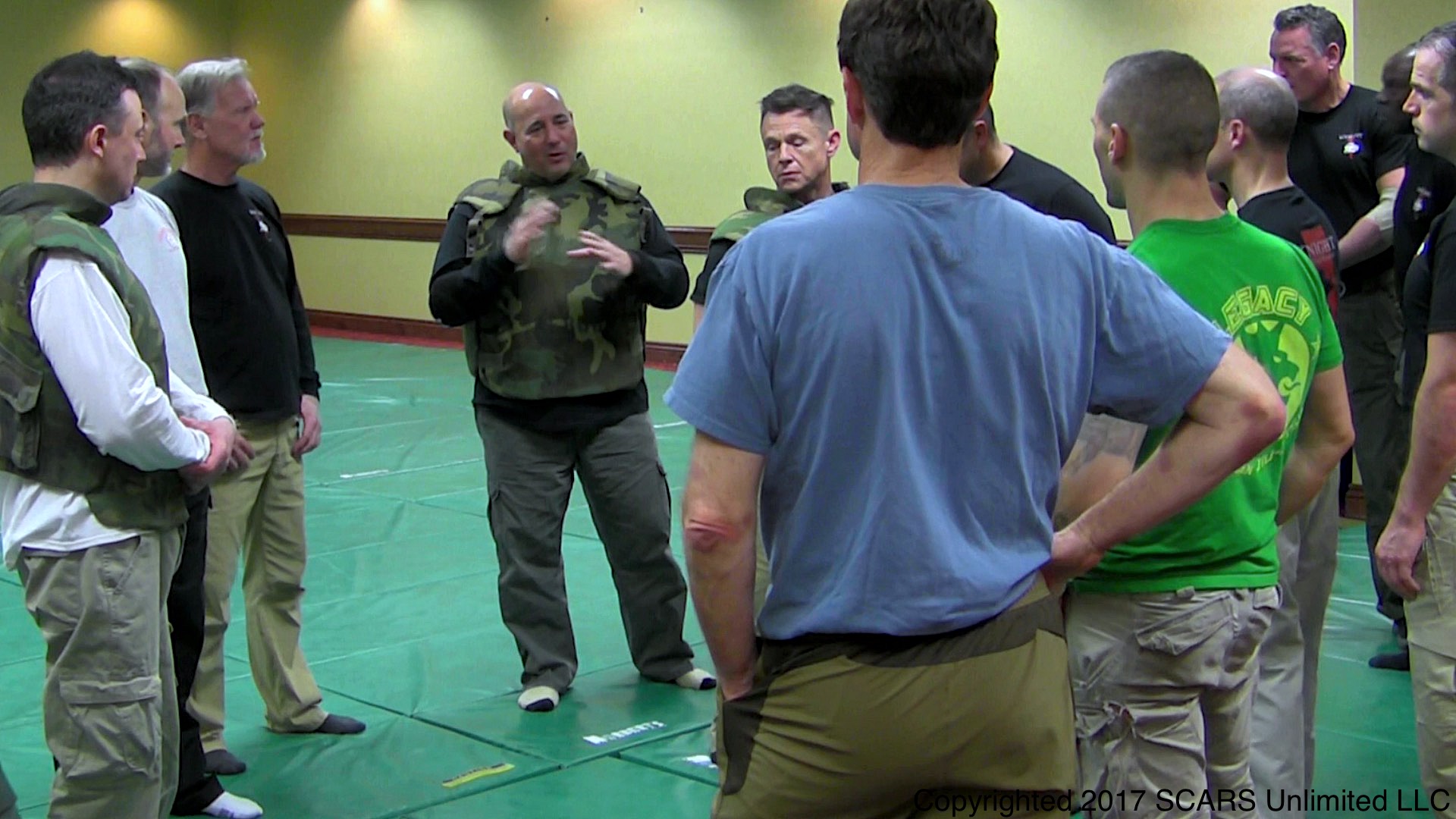 That’s why SCARS was developed, to look at fighting inside out if you will.  It’s not any less of a knowledge base, in fact it’s quite more.  SCARS is about removing the mental concepts of art and looking at the physical geometry of the human body in whatever environment it is in.   Thus, not applying an art form to an unknown, rather analyzing the structure of the environment and creating movements that do not allow the structure in that environment to exist.

If you have heard the term “combatives” you would think that maybe that’s similar to SCARS, because it deals with combat training.  Obviously it's a global military term for what is known as a military fighting program for combat.  However, combatives to us and other people is actually just simplified movements globally applied to a reaction trigger process.  The concept of combatives in reality leaves the soldier often in trouble when faced with complex environments or people who are trained just a bit more than they are.  SCARS is the first official combat fighting school because it proved in real combat to be able to allow the soldier to handle any threat, hence our motto "Proven in Combat".

In fact, we have had many soldiers who return stateside wanting to learn SCARS because the combatives they were taught almost got them killed.  Many men state they had to revert back to street smarts or luckily another member of their unit was behind them to help out.

Applying science as SCARS does, in turn makes learning to save your life extremely easy.  Also SCARS eliminates fear in these situations, which completely opens up your mind.  This however does not mean that SCARS is by any means limited, or a limited set of movements.

That’s why we have 1100 videos, and 100’s of pages from our manuals in our Ondemand training area.  This means, depending on what your concern is, we offer science and knowledge that can get you where you need to be to survive any type of attack.

If you are skeptical or you want to learn more, take a look at what we are doing and saying, the science is there, the proof begins in our free trial.